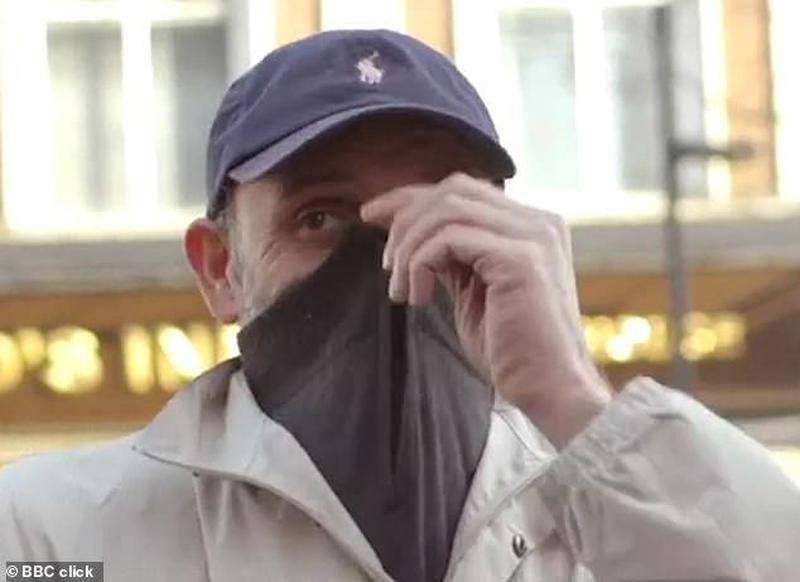 This is the kind of depressing flavor of stupidity that I've not written as much about as I should. It's just that there seems no way out of it. The genderbender nonsense, feminism, sky-is-falling-Global Climate Disruption(TM), all that can fall by the wayside once the financial stupidity reaches its peak, and things MUST naturally "get real" again. I don't know if we'll get out of the Orwellian stupidity though. The more it clamps down, the smaller the chance of fighting it becomes.

A ZeroHedge article from a couple of days back, UK Cops Fine Pedestrian $115 For Avoiding Facial Recognition Cameras tells us of a story in what was England (no, there's no England now), in which the authoritah have out-Orwelled Orwell himself. In his book 1984*, the protagonist Winston Smith was careful how to act in front of the cameras at home (part of his TV set, how quaint... too easy!), but I don't recall he had to worry about being filmed outside. It's not only that, but the British, as read on ZeroHedge, don't want people hiding their faces from the cameras designed to keep track of them. (Facial recognition done by software was not imaginable to George Orwell in 1949, when any computers around could barely calculate some prime numbers. He imagined real-time observation of people-of-interest. "Hey, if you've done nothing wrong, you've got nothing to hide, right?"**)

This guy pulled up his sweater toward his nose, had his ball-cap kinda low, and looked away, in a pretty natural move for anyone knowing what this camera was there for, and just sick of this shit. That's apparently not acceptable in what used to be England. Then:

After being fined, the man told a reporter: 'The chap told me down the road - he said they've got facial recognition. So I walked past like that (covering my face).
'It's a cold day as well. As soon as I've done that, the police officer's asked me to come to him. So I've got me back up. I said to him 'f*** off', basically.
'I said 'I don't want me face shown on anything. If I want to cover me face, I'll cover me face, it's not for them to tell me not to cover me face.
'I've got a now £90 fine, here you go, look at that. Thanks lads, £90. Well done.' -Daily Mail

I don't know whose asterisks those are, BTW - they are probably from the Daily Mail, but ZeroHedge used to be a site on which one could read "fuck off", like a normal human being.

ZH has very good comments this time. I'd been disappointed as of late with not seeing the old commenters of 5 years back, and 1/3 to 1/2 of the comments being not worth reading. I gotta say, these ones were almost all on point, and there is no divide, as in most political issues. People HATE this stuff. So far, they won't act, though.

Some good ideas come out these comment sections everywhere, while they are still left mostly alone - under this article, a few commenters mentioned the idea of more non-Moslems wearing the Burkhas, face-masks, or whatever that part is. It's a great idea: put the authorities between the rock of wanting to spy on all "citizens" and the hard-place of loving the Moslem dieversity. YES! There are ways of screwing with the system if people wouldn't just lie down and take this out of what, laziness or not caring enough if their children will grow up to be Winston Smiths or Julias?***

I write about this not with any glee or disparagement of the British people in particular, as I don't trust regular Americans to care enough to stop the same thing here. It's not but 25 years ago that I still would have argued that, yes, just as Americans will put buckshot dents in road signs for the hell of it, they would just shoot out or trash these cameras. Nope, the slow boil seems to have been working pretty well on Americans.

The Orwellian stuff is getting bad so quickly. Not many fight back. Keep your guns, and keep stocking up on ammo. What a thought to finish out the blog-week with. I can only cheer myself up with hedonics! More on Monday or Tuesday. Good night, readers!


* Available on Mini-tru's Amazon's website for now. BTW, I had to wipe out > 1/2 of the URL for that link, as it was Orwellian tracking shit on exactly how I searched for the book. Just Big-Biz marketing, I suppose, for the database and all, but ...

** That needs to be engraved on their gravestones with a big well-used template, if those responsible for the miserable police-state world ever get held accountable.

*** I would hope most of Peak Stupidity's erudite crowd of readers has read this book, but I won't spoil the ending too much, besides, no, the life of Winston Smith and girlfriend Julia is no way for a human being to live.


Moderator
PS: Hey, that related the last 2 posts together. Nice. It'll probably come to that - hiring the low-IQ types to monitor our activities and then others to monitor THIER activities.... After a while we'll all be monitoring each other, and watching porn during the union breaks. That'll be some kind of society, making the characters in "Idiocracy" seem highly-motivated in comparison.
BernCar
PS: With DNA evidence and ubiquitous surveillance cameras, there wouldn't seem to be much work for Sherlock Holmes or the clever inspectors at Scotland Yard these days. Not to worry, though; just fire the sharp guys and hire some of the new arrivals to monitor social media for thought crime. Getting rid of those intellectual types who are inclined to ask worrisome questions by substituting right-thinkers must count as hedonic improvement on someone's ledger.