Peak Stupidity has noted as of late that the Blue-Wing of The Party has been bringing up the sensitive but important issue of reparations due to people for the practice of slavery. Now, in this case, they seem to ONLY be concentrating on that slavery practiced (well, they got pretty good at it) by the Southern American States plantation owners back from 400-odd years to right at 155 years back. There doesn't seem to have been a whole lot of talk out of the "Old Pharts" and "Young Turds" jockeying for position in the race about, I dunno, slavery at the time of the Bible, Arab slave ownership of millions of Europeans and black Africans (the latter going on through this day). Is it that I don't watch enough TV and just missed all of that?

It's a real fixation, I tell you, as probably a majority of us living in America today have had some slave ancestors of various sorts. You take your Hispanics - the Indian blood that makes up 1/2 their heritage is from ancestors for whom perhaps being held in bondage was the least of their worries.*. People with that Slavic background, well, you've got some street cred already, "Slave-ic", get it? You've got your leggy supermodels whose leggy supermodel ancestors could have easily been held as white sex slaves by, well, anybody, hell, who wouldn't? Jews have had ancestors held by Egyptians, Hittites by Caananites, Arkites by Girgashites, Sinites by Hermaphrodites, and more recently, Hindu-H-1Bites by Microsoft Windites. That's the big picture that many are not seeing.

Peak Stupidity, having that big picture view on slavery, realizes that for Americans today, there is really nobody who should have anything to bitch about. However, if we are going to narrowly focus on the Black American slavery from 155 years ago, we will set out our very generous compromise offer here, if only to appease the obviously very-concerned members of the Blue-Squad candidates, who have been slavishly working to extract more taxpayers' money for the proper causes. Our plan, and yes, it's a generous one, is ONE MILLION DOLLARS of reimbursement to every living American who has been a slave. That money will be collected from all living Americans who have owned black slaves, with an option for a payment plan with monthly reparations coupons. Not every former slave owner can come up with the money required by next April 15 (the cruelest day). Of course, reparations contributions will be pro-rated based on years of slaveholding practices, while reparations payouts will be pro-rated by years of jumping-down-turning-around-picking-bales-of-cotton.


Let's DO THIS!
Ever owned a slave... mmmkay, sign here, Massah: 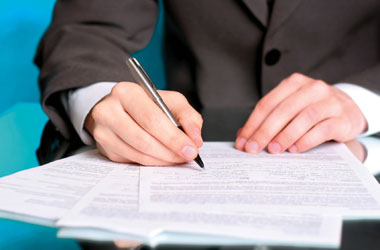 Peak Stupidity makes this offer in good faith, should we be elected to Congress and appointed to the House Appropriations Committee. I will warn readers, however, that this offer is our final compromise. Rejection of it will cause us to revert to our previous offer:


Sound like a deal? Excellent. Though no slave owner myself, I will contribute in the interest of harmony of all races. Just keep reading while my brother Elwood writes out an American Express traveler's check on the dashboard of the car. I'm just gonna go over to the car with my pen here ... where my brother's gonna ...

* From back during Peak Stupidity's anti-cannibalization campaign (more here, here and here). I have not kept up with my dues to the NGOs that work hard to prevent the eating of indigenous peoples by other indigenous peoples, but the whole cause is still near and dear to my heart (no, no, you don't want this one ... it's been broken a few times and won't taste like the good stuff.)