APRIL is the cruellest month, breeding
Lilacs out of the dead land, mixing
Memory and desire, stirring
Dull roots with spring rain.

Wait it's about flowers?! Nah, here's a better explanation: 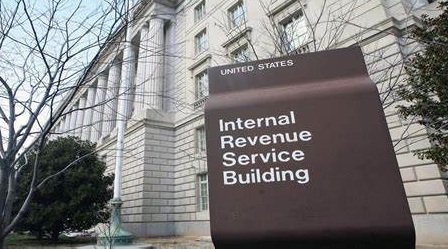 It was the tax due date today, well, for those of us who don't make it even crueler on themselves by postponing for months, if not years* and then coming up with the penalties and interest ... I personally don't take actually working out the taxes at this due date too seriously, as I mentioned just a bit at the end of the post American's attitudes on the income tax. I'll save the details on really how bad my attitude is for a short humorous post to come. That post though, was written early this year, as I took a quick look at the new President Trump-influenced forms.

Today, however, IS that cruelest day, in which, for one thing, we can see exactly how big a portion of our lives the US Feral Gov't is stealing from us. It's right there on line 15 of the '18 1040 form. OK, well to give yourself a value in months of last year that you donated all working time to support your hated Feral Beast, divide line 15 by line 6 and ... oh, wait, first add on that SS money that you don't see on this form, and won't get any back as a refund or as an old man, if you're under 40 ... oh and add on your state income tax. THEN, divide all that by line 6 (Gross income + interest/dividends/etc.) and multiply by 12 months. You may find out the government(s) is (are) being cruel to you through May or July of this year, depending on how well you TRIED to do, and what kind of accountant you may have.

It's a sick, sick deal that some stupid-ass duped Americans voted for by supporting state legislators that supported Amendment XVI over a century ago.** "NO, NO, it's only gonna be put on the very rich, and even then, oh 7 % TOPS to pay for this upcoming war that we're gonna get into ... " was the story, and those suckers fell for it, as P.T. Barnum had predicted.

April may have been an even crueler month, and March 15th (switched in 1954) the cruelest day, had not the tax-withholding-by-employers been made a law in the early 1940's. Before that, one could see yearly the money and exerted labor it represents, coming right on over to the IRS in one big cruel shot. The current method is much easier on the US Government, as Americans are inured to the system after 3 or 4 generations and many even feel great that Uncle Sugar sends THEM a check in the spring. It's better than a bouquet of lilacs and hyacinths.

As for me, T.S. Eliot may have been depressed in 1922 over something more than the flowers, weather, girls and other odd things he went on-and-on about in The Waste Land. Was it about taxes, something only to be noticed by reading between the lines? I don't know. The English teacher made us read this stuff and tried to explain, but it's like an REM song to me.


* It works out just great if it's for the rest of one's life though - kind of a gamble then, and lots of people like gambilng, excuse me, oh, gaming, right.

** BTW, yes, that was just before Amendment XVII on direct election of US Senators, ratified only 2 months later - to protect the guilty and to protect against a repeal? It was 7 years before women were allowed to vote via Amendment XIX, so I can't blame THIS ONE on women voters. The decade one century back from this one was a TERRIBLE one for the US Constitution.

Moderator
PS: There's nothing to say to that one. I agree 100% with that comment, BC.
BernCar
PS: And let's not forget Amendment XVIII and how successful that was. Amendments XVI through XIX were all submitted and ratified within a ten-year period as a result generally of "Progressive Party" politics, which I guess have come back to haunt us within the last couple of decades (as a result of the "liberal" brand having been besmirched). Should have left all those laws to the states to decide on their own in accordance with the Xth Amendment, but of course X had been effectively nullified by the War to Prevent Southern Secession (hereinafter, "the recent unpleasantness").

Just goes to show what the world-improvers and do-gooders can accomplish when they set their minds to it.