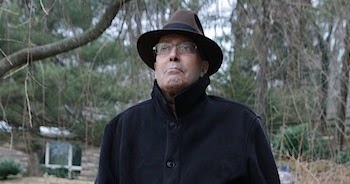 I saw a link today to a long essay by the late immigration patriot Larry Auster. I'd heard of Huddled Cliches before, but I just today read the whole thing. The essay is at least 2 decades old, written already after Peter Brimelow wrote Alien Nation by at least 4 years, as the latest of the 29 footnote references in Huddle Cliches are from late 1996. (I just can't seem to find the actual publication date, even on Mr. Auster's still-online View from the Right.).

It'll take an hour or so to read and digest, but I highly recommend this essay to any immigration patriot. Larry Auster's 1990 book The Path to National Suicide was highly praised by Peter Brimelow (of VDare), but I haven't read it. Huddled Cliches presents logical soundly-reasoned arguments against any one of the many cliches/canards/tropes/mottos/scraps-of-stupidty, whatever your choice term, that the open-borders proponents throw out every day. It should be obvious by now that these proponents don't really give a damn about logical soundly-reasoned arguments, but at least one may convince those on the fence (wait, we've got a fence?)

I'll excerpt just my favorite paragraph, favorite because it's humorous, of course:

To see the uselessness of the “national of immigrants” formula as a source of political guidance, imagine what the British would have said if they had adopted it in 1940 when they were facing an imminent invasion by Hitler’s Germany. “Look, old man, we’re a nation of immigrant/invaders. First the Celts took the land from the Neolithic peoples, then the Anglo-Saxons conquered and drove out the Celts, then the Normans invaded and subjugated the Anglo-Saxons. In between there were Danish invaders and settlers and Viking marauders as well. Since we ourselves are descended from invaders, who are we to oppose yet another invasion of this island? Being invaded by Germanic barbarians is our national tradition!”

Imagine if the American people had gotten serious about the existential immigration problem back when Mr. Auster wrote this, > 2 decades ago. Perhaps we'd have had a good chance to do something then to turn things around, and not rely 20 years later on one man, who ended up being a retarded waste of our time. Please read this enjoyable essay if you are an immigration patriot with an hour to spare. It covers it all

Moderator
PS: What'd you think, BC, if you've read it? As I wrote, it's not going to convince anyone who wants open borders for the reasons that most of them do. It is a good reference for those you may talk to who are on the fence and too trusting in the BS they hear from their idiot box.
BernCar
PS: Thanks for the link. Anyone pointing out twenty years ago that wholesale immigration would be a huge problem deserves a read.